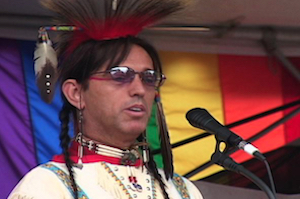 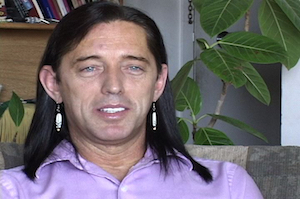 Joey Criddle is a Two Spirit man fighting with other LGBTQ Native Americans to reclaim the place of honor that many Two Spirits once held prior to colonization. The film follows Joey as he leads parallel lives – one as a co-director of the Two Spirit Society of Denver and the other as a father attending the Mississippi wedding of his Pentecostal son. Joey’s words bridge the gap between the closeted man he was in Mississippi and the Two Spirit activist he is today.

TWO SPIRITS is distributed by Frameline. Buy the video or rent it for screenings. Or, stream it on Vimeo on Demand.